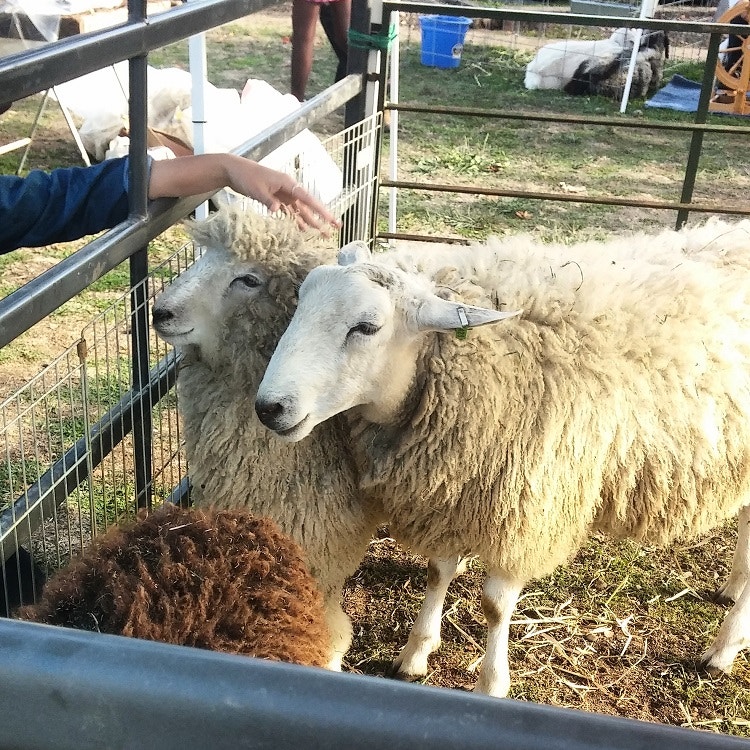 Last weekend I was fortunate to have the opportunity to attend the Fibershed Wool Symposium in Point Reyes Station, California. If you are not familiar with the Fibershed project, it is an incredible undertaking begun by Rebecca Burgess in 2011 as a way to unite fiber ranchers and makers to produce clothing created from start to finish within a 150-mile radius. Fibershed makers use only fiber raised, spun and dyed with local natural dye sources within the project’s boundaries. A fibershed provides a landscape and its people an entirely self-sustainable and environmentally friendly way to produce textiles and encourage the land’s natural biological processes.

One of the biggest goals of Fibershed right now is to build a wool mill in northern California to service the local fiber ranchers and growers. California produces the greatest amount of wool out of any state in the country but there are very few spinning mills in the state that can handle large-scale spinning of that magnitude. There are often several different countries involved in each stage of creating clothing for American brands; wool and other fibers are often raised in one country, spun in a second country, dyed in a third, woven or knit in another, and often sewn and assembled in yet another. In 1965, 95 percent of Americans’ clothing was produced in America; today, less than 5 percent of our clothing is produced domestically.* Building a local wool spinning mill would not only encourage domestic textile production—a livelihood that disappeared from the American landscape long ago—but would also support Northern California farmers and ranchers.

The Fibershed Wool Symposium featured panel discussions and demonstrations led entirely by Northern California farmers and ranchers in order to inform the audience about all of the environmental and political factors impacting domestic textile production.

One of the challenges facing fiber farmers in Northern California today is marketing their wool. Marie Hoff, a fiber rancher and panelist, explained that she has a difficult time even getting into Bay Area farmer’s markets to sell her wool because wool isn’t considered an agricultural product. (If wool isn’t an agricultural product, I don’t know what is!) Other farmers explained that they do most of their own wool processing, from shearing the animal to making a finished garment. While this requires tremendous hard work and is highly commendable, it is not a sustainable way of living. We need agricultural commissioners to recognize wool as an agricultural product, and we need a more efficient way of producing clothing. These are just some of the many ambitious goals Fibershed is working towards. 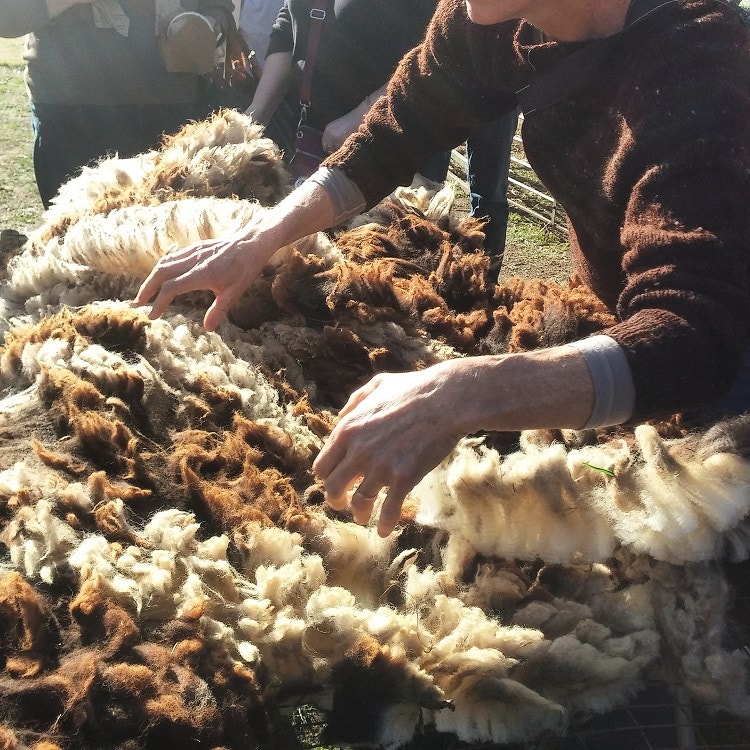 The audience also heard from panelists about predator-friendly practices with regards to the safety of their flocks. It was fascinating and eye opening to hear not only about the animals on the farms, but also about the animals on the other side of the fence who are equal members of our ecosystem. If we are to adhere to an entirely environmentally friendly creed, we cannot forget about any creature that inhabits our land.  It is estimated that 100,000 predators are killed every year in the United States by means such as trapping, aerial shooting or using poisons. These poisons not only needlessly kill predators, but can also affect people, dogs, eagles and foxes. Marin County was the first county in the country to implement a predator protection program, encouraging nonlethal ways of managing coyotes, mountain lions and bobcats, such as affixing bright lights or shimmery ribbons to barns and fences or attaching glow-in-the-dark tags on farm animals. The Marin Livestock and Wildlife Protection Program and Project Coyote aims to inform people that predators can do a lot of good for farmers, such as keeping away even peskier rodents such as gophers and mice. It is perhaps surprising that the animals most likely to attack sheep are the ones whose parents were killed and were robbed of the chance to learn how to hunt in harmony with nature.

Lastly, we heard from a panel of farmers about what they are doing to responsibly manage their land. One farmer explained that tilling is one of the most destructive things that can be done to land, so he carefully rotates his animals’ grazing instead. Another farmer explained that he limits the amount of feed he buys and instead relies mostly on what is already growing on his land. Hazel Flett of Bodega Pastures related that her land needs little irrigation—good news in times of California’s severe drought—and that native grasses actually do quite well with little water.

The Symposium also featured some fascinating demonstrations such as a sheep shearing and a natural dye practice. In keeping with the Fibershed model, the dyes featured were made from natural ingredients—pokeberry, lichen, walnuts and onion skins (which dye a beautiful rusty orange and are a great way to use food scraps)—that are all found in Northern California. There were also exotic fiber animals on hand, such as cashmere goats and an angora rabbit (so fluffy!).

Going into the Symposium, I was a bit nervous that I wouldn’t understand much of what was presented since I am not a farmer. But as a textile lover, weaver, natural dyer and maker who is deeply passionate about nature and seeing sustainable textiles come back to the American textile industry, I was so glad I had the opportunity to attend. No matter what your background, it is important to know what goes into making your clothes and how the textile industry affects your local farmers and the environment. There is still a tremendous amount of work to be done to restore sustainable textiles in America, but Fibershed will no doubt be a revolutionary leader in the process.